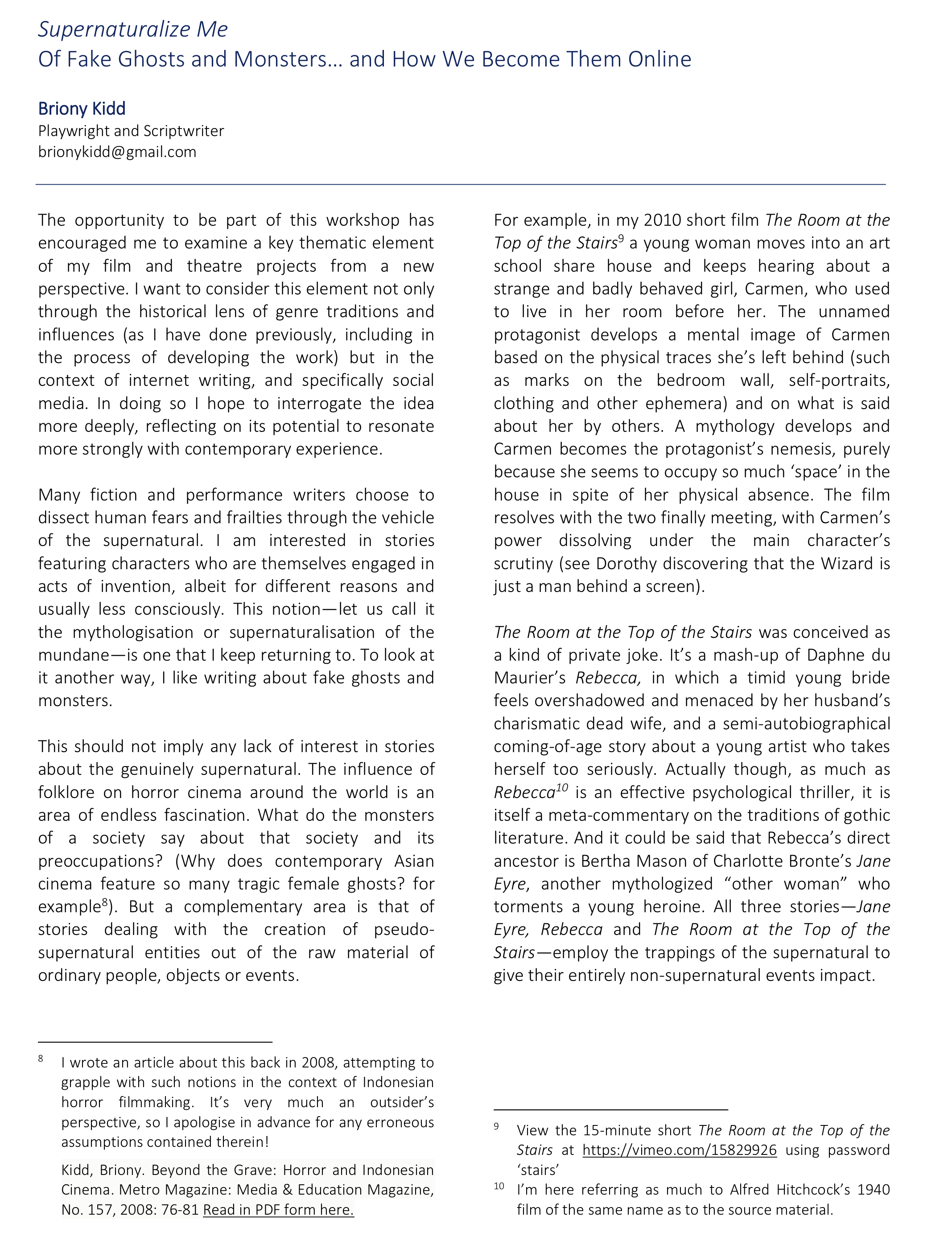 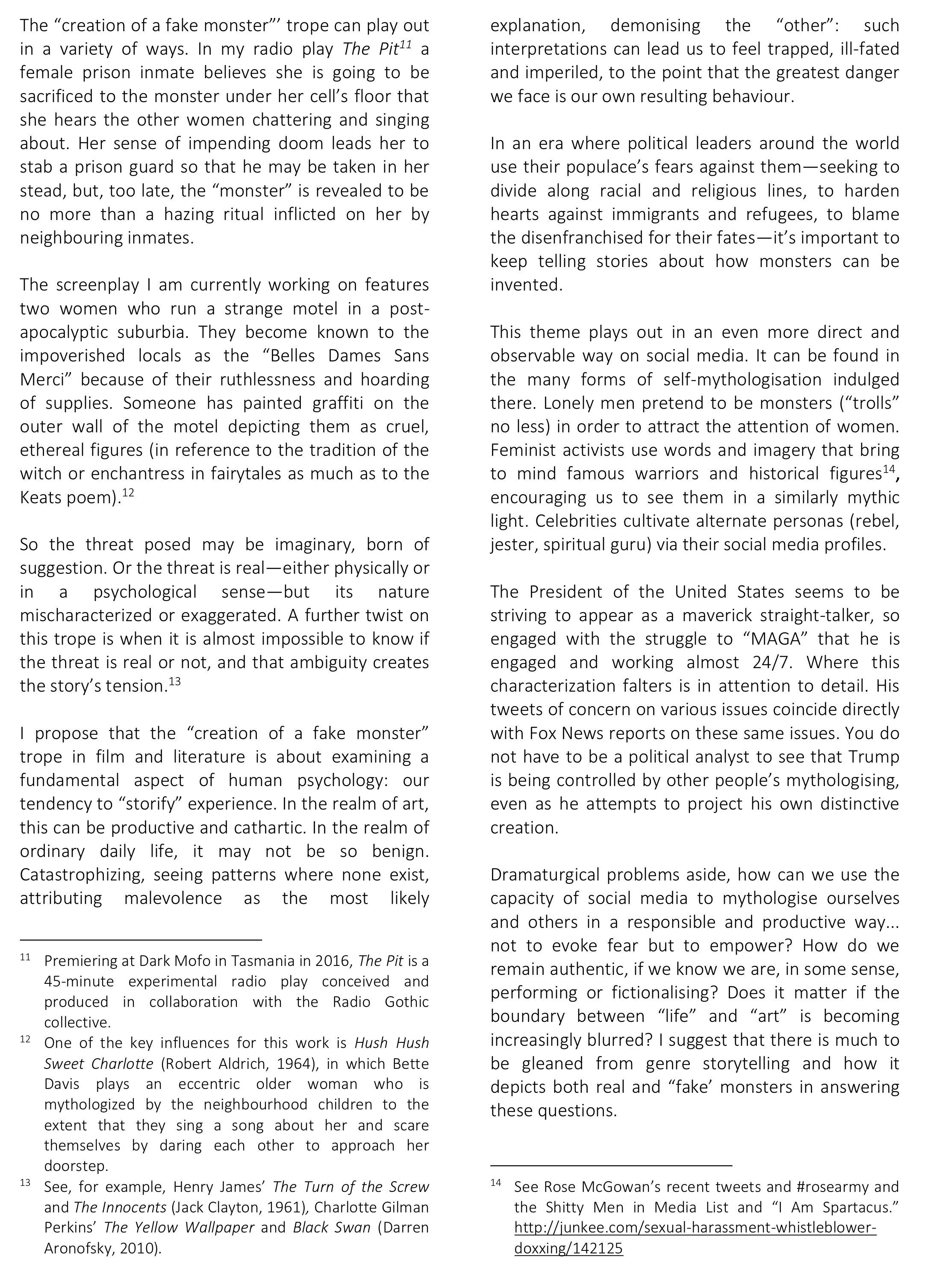 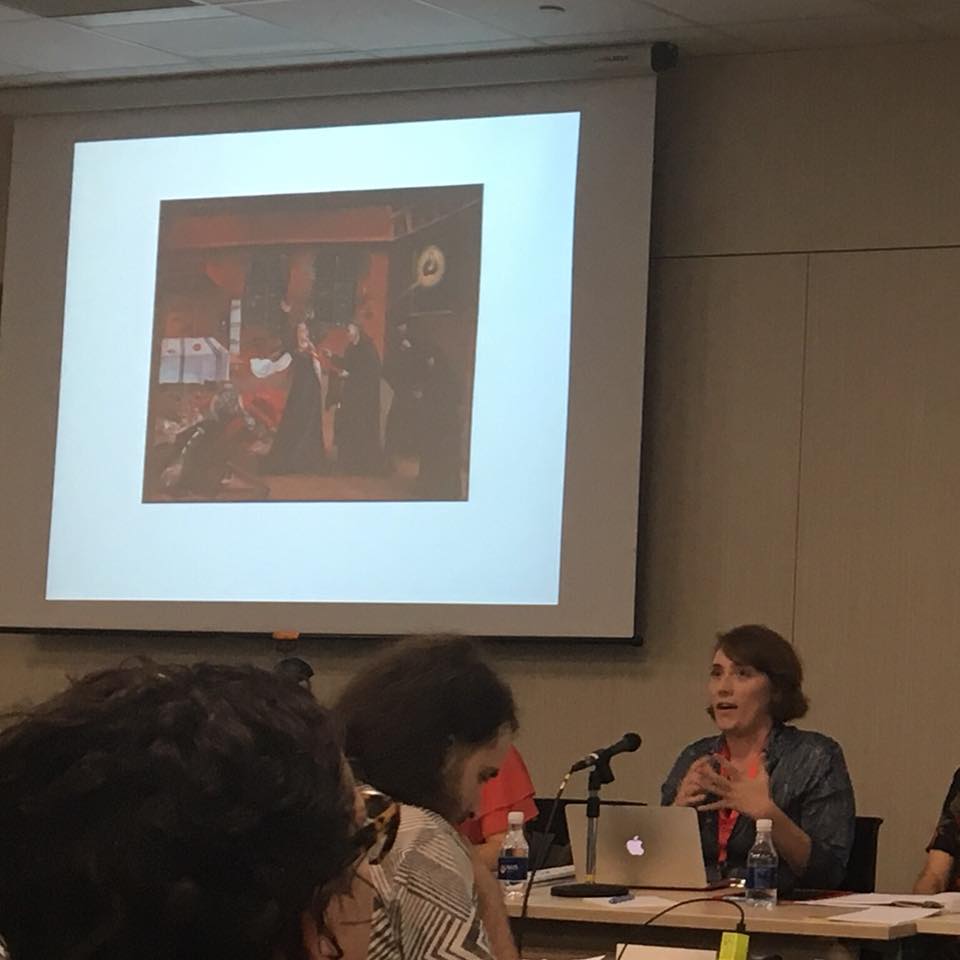 Room at the Top of the Stairs (2010) Briony Kidd
In the short film The Room at the Top of the Stairs, a young woman moves into an art school share house and keeps hearing about a strange and badly behaved girl, Carmen, who used to live in her room before her. The unnamed protagonist develops a mental image of Carmen based on the physical traces she’s left behind (such as marks on the bedroom wall, self-portraits, clothing and other ephemera) and on what is said about her by others. A mythology develops and Carmen becomes the protagonist’s nemesis, purely because she seems to occupy so much ‘space’ in the house in spite of her physical absence.
The Room at the Top of the Stairs employs the trappings of the supernatural to give their entirely non-supernatural events impact. The “creation of a fake monster”’ trope lends itself to discourse on multiple platforms, in most direct and observable ways on social media. The film this initiates a conversation about real life “self-mythologisation” and presentation online.

Briony Kidd lives in Hobart and is a filmmaker, playwright and festival director with a particular interest in genre cinema. Director of the Stranger With My Face International Film Festival and coordinator of the festival’s Attic Lab, which places a focus on women genre filmmakers. Her most recent short, WATCH ME, written by Claire d’Este, premiered at Australia’s Monster Fest late last year and is currently on the festival circuit. Her next project is a feature film supported by Screen Australia with producer Catherine Pettman, a post-apocalyptic psycho-biddy thriller.