Kuntilanak and the Locus of Authenticity in Folklore in the Digital Space - Katrina Iriwati Graham
As a feminist horror writer one of the subjects that fascinates me and recurs in my work is the idea of reclaiming stories and reframing female characters in a way that reminds the audience of the power within those characters.

I have always had a magnetic terror-based obsession with the Indonesian ghost Kuntilanak or Pontianak as she is known in Malaysia. I grew up hearing stories of her on creepy, fog filled nights up in the Puncak mountains outside of Jakarta where we would spend weekends attempting to escape the heat of the city. Her penchant for haunting pregnant women, babies and children was of course especially threatening to me and my friends.

In my early 20’s I became pregnant which triggered an essential disclosure and healing of childhood abuse at the hands of my father. Suddenly, I related to not to the child the Kuntilanak might attack, but to the Kuntilanak herself. My folkloric understanding
– all passed orally on long car trips or during dark nights illuminated only by the dying embers of a fireplace – was that the ghost was once a woman who died in childbirth, that pregnancy being a result of tragic circumstances such as a rape and/or an abusive husband. In my lineage of knowledge, she had a hole in her belly – or what I later preferred to think of as her womb or feeling centre. This hole prevented her from being whole. It was the source of the vulnerability that led to damage – her ‘woman-ness’.

By my late thirties, I became pregnant with my second child. I knew I wanted to create a short film about the Kuntilanak and to tell it from her perspective. To me she holds the justifiable fear women have of men, pregnancy, childbirth and the socially bound parameters on the role of mother. But by this time I had moved away from Indonesia and had been living in Australia for 15 years – my trust of my cultural cache and right to tell this story, to know what a Kuntilanak is, was shaken.

I went online to check that I had the facts right – only to find that there is no one clear definition of this folk character. I devoured forums and wikipages, both in Bahasa Indonesia and English, I watched clips of films and trawled through images (I know most of them now), but the particulars of what a Kuntilanak is proved to be slippery. All agree she is a beautiful woman with long dark hair who is scary and has something vague to do with hating men and children. That is about it. Everything else was up for grabs – where was the hole (in the neck, back, belly) or was there a hole at all or if she has a hole is that a Sundel Bolong. Can she be killed with a nail to the head, is she followed by the smell of frangipani, is she vampiric, was she pregnant, was she a stillborn female, was she a mother at all etc etc.

Everywhere there were contradictions and arguments. But nowhere was she cared for – nowhere was her personhood important or acknowledged. When she was a revenge character no one cared for the living victim she once had been, for the pain her life had contained. A ghost is after all is always preceded by being alive human being. There were no forums that spoke of specific women who had been raped and died.

This is despite the existence of strong Sundanese and Javanese rituals performed on pregnant women that are designed to keep the Kuntilanak away. In fact, those rituals were actively discouraged by the Sukarno government who were keen to move away from the old superstitious beliefs proliferated by lay midwives. The rituals still exist, however many modern women undertake a version of these rituals without any understanding of its original purpose.

In the end I made my decisions based upon what I grew up with which I decided was authentic knowledge enough, and by my sociological and feminist intention to redeem her from the apparently unexamined sensationalism that sprawled across the internet. I decided that I owned her story as much as anyone else and that myfolkloric reclaiming might be a tiny step towards protecting this wronged woman.

The resulting short film, White Song, was shot in Brisbane, Australia as Indonesia. I held a production meeting to explain the cultural importance of ghosts in Indonesia and of the Kuntilanak in particular. As I did the white Australian members of crew sort of nodded, but when my Indonesian cast members explained that they had seen Kuntilanaks, or that one lived in her aunty's house etc, the Australian crew nearly fell off their seats.

The traced folkloric character of the Kuntilanak has gone from my internal experience to my searching for a single external locus of authenticity only to find that this doesn't exist back to my own internal experience and funnelled into a series of images made up of binary (we shot on digital) and equally passed on in person at my meeting and to folks who have watched the film at various festivals and venues in Australia, South America and the USA.


The most famous of Indonesian ghosts, the Kuntilanak, tells of the haunting of a young woman. Told from the ghost's perspective White Song reclaims the humanity of a supernatural creature by exploring the intersection between the yearnings of a dead woman and those of a living one. 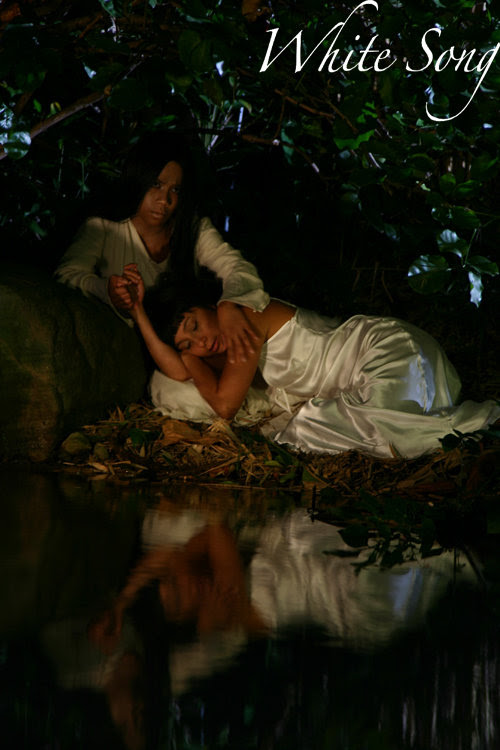